Aruba and Babylon bring World of Warcraft, e-mail, iTunes, and other Internet-based essentials to paying customers via explosion-resistant APs at Joint Base Balad in Iraq.

Thanks to some very durable APs, a wireless mesh network now provides much-appreciated personal high-speed Internet access to US Army and Air Force servicemembers stationed at Joint Base Balad in Iraq. The Aruba Networks hardware, in a deployment by Babylon Telecommunications, will eventually reach all of the military housing, as well as most civilian contractor housing on the huge, permanent American military base 42 miles north of Baghdad.Rolling out in phases, the network currently has some 250 APs, with the total expected to reach about 400 by the time the network is completed in mid-November, according to Aruba’s Dave Logan and Babtel’s Luke Catranis.

“This particular deployment is probably one of Aruba’s largest outdoor deployments,” says Logan, general manager of Aruba’s federal business unit. The rugged AP85 access points used in the installation have been “rated for environmentally challenging areas, as well as explosive environments,” Logan adds. They’ve been deployed elsewhere in the Middle East and on Air Force bases in many countries.

Catranis, Babtel’s president and CTO, says his company won the four-year contract with the Army and Air Force Exchange Service (AAFES) to bring subscription-based broadband to the base and turned to Aruba because of its history of providing wireless networks to the US Air Force.

The Balad deployment, which Catranis says cost a little over a million dollars, is entirely contained within the base and consists of as little hard-wiring as possible.

“We’ve got five communication towers on the base,” he says, adding that redundancy is built in so that a failure on one tower prompts rollover to another and any section of the network can be brought down without affecting overall service.

Soldiers and airmen and women stationed at Balad, or passing through on their way to other locations, can use personal wireless-enabled devices for most Internet activities. Before this deployment, most servicemembers had limited Internet access. Some who worked in offices might have been able to use official computers occasionally for quick e-mails and the like, but other than that people had to wait in line at one of the Internet cafes on the base or sign up with an outside provider, says Mike Ford, a civilian contractor with First Kuwaiti Trading and Contracting, who has been working out of Balad since March 2005.

“In most cases, the service was very poor and supporting the satellite system that was providing the service was virtually impossible. Soldiers were paying a few hundred dollars a month for the service and splitting it up between a group of soldiers to be able to afford it,” Ford says. “The service Babtel and Aruba are providing, when fully installed, will be much better than what these outside providers try to provide, and it will be fully approved by AAFES, and as such, much more secure.”

Users either register as subscribers and pay $59.99 a month or purchase prepaid access, says Catranis. Using the network should be much like using a wireless network at home. Regular subscribers can store their credentials through the secure authentication process built into the architecture and transient users get credentialed with their prepaid cards.

At present, about 1,000 subscribers have registered for the service.

“When we first launched the network and we had our first couple customers going (online), a lot of people were frustrated because they couldn’t access iTunes,” Catranis says. Once Babtel figured out that setting a computer’s clock to a US time zone would fix the glitch, users could get their music.

Lt. Col. William Thurmond, an AAFES spokesman based in the United States, has heard positive response from his staff at Balad. One senior manager told Thurmond that a colleague is thrilled to be playing online games again.

“As a life-long gamer, he says the connection speed is more than adequate to support his World of Warcraft pursuits. Just knowing that he can arrange for quality time with his sons back in the world and kick the butt of some `Virtual Alliance’ makes this deployment seem less remote,” the manager says.

Catranis expects that with current penetration rates the customer base could reach 12-14,000 military personnel when the installation is complete. Then, he adds, the network will be expanded to reach contractor living quarters.  In addition, Catranis says, Babtel is already working with some civilian contractors to provide commercial access via the Aruba network. That’s one of the advantages of the system, says Logan. “We can seamlessly integrate different classes of users.”

This network does not have any military functions, says Catranis, though he adds that if it did he wouldn’t be allowed to discuss them. The actual access to the Internet is restricted in some ways, he adds, due to its military context.

“Given the population there on site, and what the military’s restrictions are on certain types of information (being) accessible, there are some restrictions that we have imposed.” Provisions are in place for when the military issues a blackout, for example.

Aruba’s Logan says that even though his company’s hardware is present on a wide variety of military bases, the Balad deployment feels different.

“This is the first deployment that touches the individual in a real personal way,” he says. “To be able to provide connectivity to the soldiers with their buddies who may not be on the same base or with family and loved ones back home—it’s our first opportunity to provide that and it gives us a real feeling of pride.”

Amy Mayer is a freelance writer and independent radio producer based in Greenfield, Massachusetts. Read and listen to her work at her website. 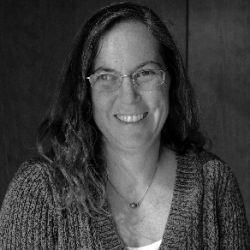