In the decade since 802.11 made its mark on home networks, wireless LANs standards have undergone three major revisions (a/g/n) and many more product generations. In 2010, 802.11n finally achieved a maturity level where analysts no longer debate whether or not it will replace Ethernet for network access. The only question now seems to be how quickly – and what tweaks are needed to optimize operation, performance, management, and of course ROI.

According to Rohit Mehra, Director, Enterprise Communications Infrastructure at IDC, the enterprise WLAN market experienced sustained growth this year. By mid-year, 802.11n deployments had accelerated, representing over 65 percent of AP revenue in 2Q10, up from 56 percent in 1Q10 and 45 percent in 2Q09. “2011 looks promising as well,” said Mehra. According to Paul DeBeasi, Gartner Research Vice President, the “all wireless” enterprise is fast becoming a reality. “The notion that wireless would replace wired Ethernet for network ACCESS was dismissed as ridiculous two or three years ago,” said DeBeasi. “Not so now. Enterprises are increasingly relying upon 802.11n as their dominant method of network access.”

Looking ahead to 2011, vonNagy expects to see broad support for three spatial stream 802.11n in enterprise-class equipment, bumping raw data rates to 450 Mbps. “Enterprises that have been evaluating Wi-Fi as wired Ethernet replacements will begin taking strides to implement this model for a large amount of their staff,” he said.

Back to the drawing board

However, higher throughout and broader deployments have exposed architectural weaknesses in some WLAN products. “WLAN architecture wars were back in the air [this year], with emerging vendors pitching controller-less and cloud-based solutions. How the debate evolves in 2011 will be interesting,” said Mehra.

According to vonNagy, enterprises have started to challenge the viability of centralized architectures due to behavioral shifts in network use. “802.11n brought higher bandwidth and discussion of Wi-Fi becoming the predominant access technology,” he said. “Concerns over controller scalability, throughput, single points of failure, and the desire to optimize traffic flows have challenged [controller vendors] to re-think their architectures to shift more control into distributed APs.”

In 2010, that migration began with virtually every controller vendor providing distributed data plane traffic forwarding. “In 2011, look for advancements to distribute control of Quality of Service, security, radio management, and distributed key caching capabilities into APs,” said vonNagy. ‘Watch for controllers to move into more of centralized management role and smart APs being operationally independent from controllers. Some vendors will begin removing controllers from their architectures completely, but will experience growing pains attempting to support both architectures simultaneously for a period of time,” he predicted.

When it comes to WLAN management, Craig Mathias, Principal, Farpoint Group, sees increasing emphasis on consolidation. “Interference [RF spectrum] management, IDS/IPS, and other assurance functions [are now] appearing in WLAN system products, as opposed to only in standalone assurance products,” said Mathias. “We’ll [continue to] see security and integrity issues appear in Wi-Fi, and this remains an area ripe for innovation.” According to DeBeasi, RF spectrum management systems like Cisco CleanAir that emerged this year will soon become commonplace. “By the end of 2011, virtually every enterprise Wi-Fi vendor will offer AP-embedded spectrum management systems,” said DeBeasi. “I think spectrum management systems will have widespread enterprise deployment [although] not everyone agrees with me on this viewpoint.”

Devin Akin, longtime CWNP guru, now Chief Wi-Fi Architect at Aerohive, cited another new management trend which emerged during 2010. “Cloud Management of Everything, including Wi-Fi,” said Akin. “Right now, Aerohive, Meraki, and Aruba have it. Soon, Cisco and others will have it. It’s mandatory. It’s awesome. I love it. Once you go cloud, you’ll never go back … trust me on that.”

Mathias also sees management heading into the cloud, as computing and network industries embrace virtualization and look for new ways to exploit it. “Expect much greater cloud involvement–Meraki and PowerCloud are pointing the way here and I think [cloud approaches] will become very popular indeed. Virtualization and cost-cutting in general will remain hot topics in 2011 and beyond,” he predicted. 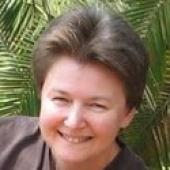